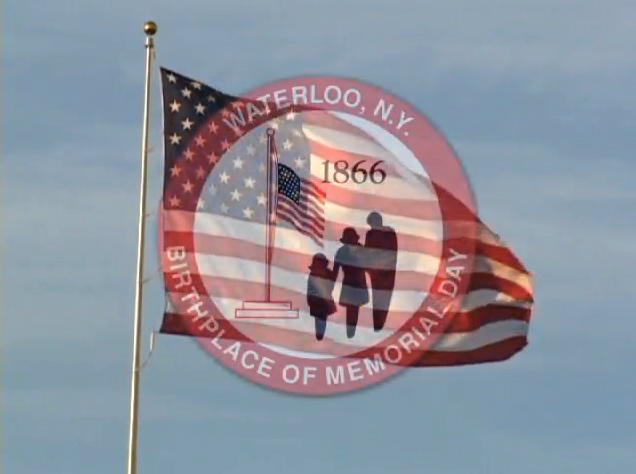 “Memorial Day,” was composed by Tony Mullins of Sarepta, Louisiana. The song pays tribute to the “men who stood tall with pride”, who met the call when duty beckoned, “all gave some, some gave all.”

Mullins started composing songs, mostly for his church, several years ago. His minister often asks for a song for a special

And that could have been the end of the story. Except that Mullins sent a copy of the song to the Waterloo village office, where Trustee Dave Duprey heard it. Duprey is co-chair of the annual Memorial Day observance, Celebrate/Commemorate, in the village  that is the Birthplace of Memorial Day. The words, “We remember those departed on this Memorial Day” were the musical version of the year’s Celebrate/Commemorate theme, “Waterloo Remembers.” The chorus, “all gave some…some gave all” was part of the guidelines for the student essay contest.

Sung by Cary Rutledge, the song “Memorial Day,” is available to download for $4.

We enjoy producing a variety of videos, from weddings & photo montages to events & documentaries. We take pride in our work & use state of the art equipment & technology. Lets talk about your project! 315.539.0823

Thanks for making our experience wonderful.