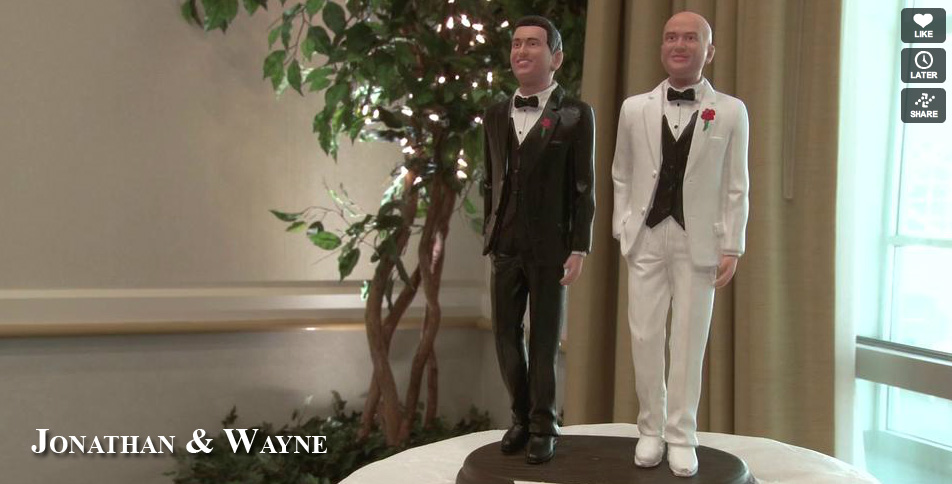 Featuring the wedding day highlights of :

“Wayne and Jon met for the first time in an online chat room on Tuesday, March 18, 2003. After talking on the phone for a few days, they had their first date on Friday, March 21st in Center City, Philadelphia. Thus began a whirlwind love affair, where now, nine years later, with the passing of marriage equality in New York State, Jon and Wayne are able to have the wedding of their dreams. The rest they say is history . . . ”

THANK YOU!!!!! These two words do not even begin to tell you how happy we are of the job you did this weekend.